We are a small family company that became involved in violin ergonomics through the efforts of GelRest inventor Stephen Kallai, a lifelong violinist and fiddler, who sought to ease a chronic, nagging pain in his back that seemed to flare up within a few minutes every time he picked up his instrument. Although he tried different stretching excercises, postures, and shoulder rests, nothing really helped.

Inspiration came one evening when he heard the story of someone who was being treated for chronic back pain. The origin of their pain, it turns out, was traced to dental work the patient had received years before. Apparently, the stress from the dental work on their mouth and jaw had migrated to their back!

His attention turned now to his chinrest. He decided to experiment with gel materials similar to the kind in his computer mouse pad. His idea was to develop a pad that molds to a player’s unique bone structure, that could be easily be attached to a violin chinrest.

Early models were pretty crude, but even then, one clear result told him he was on the right track: his back pain had disappeared!

Since then, The GelRest has improved greatly and as of this writing in 2011, over 30,000 have been sold! For anyone with back pain, neck pain, or just the common red mark associated with playing the violin, a soft chinrest that molds to you can make a big difference!

Try it and you’ll know why our customer’s say, “You’ll wonder how you ever played without it!”

When he’s not making GelRests, Stephen plays with his band 77 El Deora. Check out this clip from their European tour. Song is written by bandleader and guitarist Maurice Tani.

Thanks for taking the time to learn more about the GelRest.

Bone spurs or tendonitis?  Many flute players struggle with pain from injuries to their fingers.  FluteGels can help!  The thin Gel cushion sticks securely to your flute and gives  enough protection to allow sore fingers to heal, and allow you to play pain free.  Helps resist rolling too!  Sold 2 per pack.

The Micro: Our New Shoulder Rest

You asked and we listened.  The Micro is a super-low (3/8″ or 9mm) shoulder rest for young students, players with baroque instruments, violists, or anyone who needs a shoulder rest that adds a minimal amount of extra height.  The name Micro comes from the “micro adhesive” that is used to attach this product to your instrument.  Micro adhesive sticks securely, but can be removed and re-installed hundreds, even thousands, of times without losing its stick!  That’s because micro adhesive sticks via tiny suction cups instead of sticky tape, so it lasts far longer than ordinary tape based adhesives.  Stick it in place, then remove it.  Over and over.  The Micro is 3″ in diameter, the same dimension as the popular cosmetic sponge used by players for decades.  You won’t need rubber bands with the Micro, however.

“I’m a long-time user of the GelRest and a long-time proponent of healthy playing. Once you try the GelRest, you won’t want to return to the Middle Ages.”

“The GelRest has been the most helpful and reliable of any of the strategies I have tried to decrease the pain and irritation under my jaw.  It seems to have just the right thickness, density, and freedom of placement to provide really great relief from the discomfort I’ve experienced most of my playing career.”

“The GelRest is GREAT! If only it existed years ago when I was playing at the La Scala Opera with their incredible schedule!!! I now play in the Gulbenkian Orchestra in Lisbon, Portugal and I am showing my GelRest to everybody. It is a MUST for anybody on a full professional schedule. Anyone that plays viola (or violin) should try one!”
–Andre Cameron, Professional Violist

Why GelRest? Watch the Slide Show! 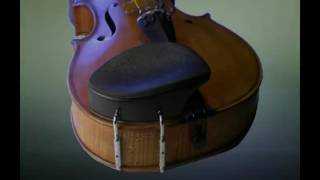 All About the Micro 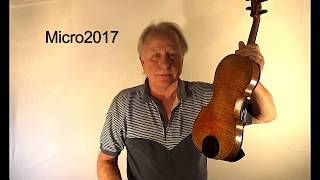